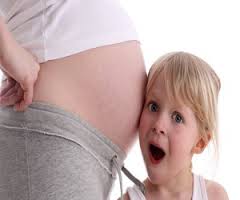 Movement-sound is our perceptual communicative base with the world. This primary language is non-verbal and gestural. From this perceptual base, even in utero, the non-verbal communicative capacities of body, feeling-emotion, and imagination are being developed—thus making ready the communicative musicality 1 between infant and mother beginning in the first moments after birth. 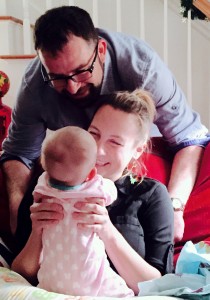 Infant and mother attune (communicate) with one another through a felt-sense of emotionally imbued meaning-making. This happens through rhythmic body and facial gesture and melodic and harmonic sound. Baby’s high-pitched voicing is attuned by mom’s raising of eyebrows, shoulders and upper torso and harmonized sound. This communicative musicality is a reciprocal nonverbal continuum of movement-sound rhythms, intonations, contours, textures, weights, qualities, intensities, amplitudes, frequencies, colors, shapes, volumes, durations, and more.

These communicative qualities are inherent in our psycho-biological reality. What we
experience by being in our bodies in the three-dimensional world of space, weight, and time, has immediate feeling-emotional and psychological meaning. The direction upward can evoke a message of light weight, upbeat, energized, inspired. While the direction downward can evoke a message of  heavy weight, depth, conviction, concentration. 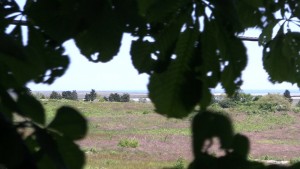 This meaning-making is inherently metaphorical and analogical. It is the way in which we humans originally attuned and communicated with  Nature. And through our participation in the communicative musicality with the many voices of Nature, human speech had a rich context in which to evolve.

These same communicative qualities are the ingredients of art-making—how a sound can evoke a color, or a gesture can evoke a sound, or a shape can evoke an emotion. These examples of sensory-feeling-imaginative correspondences are instances of synesthesia, or cross sensory modal meaning-making. Synesthesia is an inherent aspect of art-making and other forms of non-verbal communication. 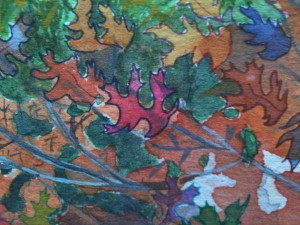 1 “Communicative musicality” is a phrase by Colwyn Trevarthen, child psychologist
and psycho-biologist.