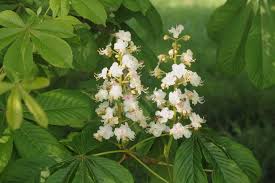 We humans begin and end and begin again in Nature.

For millennia our primary relationship had been with Nature. This changed with the advent of agriculture and written language. Then our primary relationship shifted from natural systems to human systems. A main difference being that natural systems encompass a vast multiplicity of beings, voices and intelligences, whereas human constructed systems tend to be singularly human oriented.

But pre-agricultural or Paleolithic humans were immersed in the moving-sounding sensual natural world as their primary provider, teacher, and guide—our survival depended on human ability to communicate with Nature.

Communication is a reciprocal engagement. For humans non-verbal communication is bodily (kinesthetic), feeling-emotional (empathetic), and imaginative (aesthetic). These three intelligences in humans were evoked by and evolved through our innate connection and deep communication with Nature. They are the foundations for human speech as well as the language of art-making.

Ultimately…it is not the human body alone but rather the whole of the sensuous world that provides the deep structure of language. As we ourselves dwell and move within language, so, ultimately, do the other animals and animate things of the world; if we do not notice them there, it is only because language has forgotten its expressive depths…It is no more true that we speak than that the things, and the animate world itself, speak within us.
~David Abram, cultural ecologist & philosopher